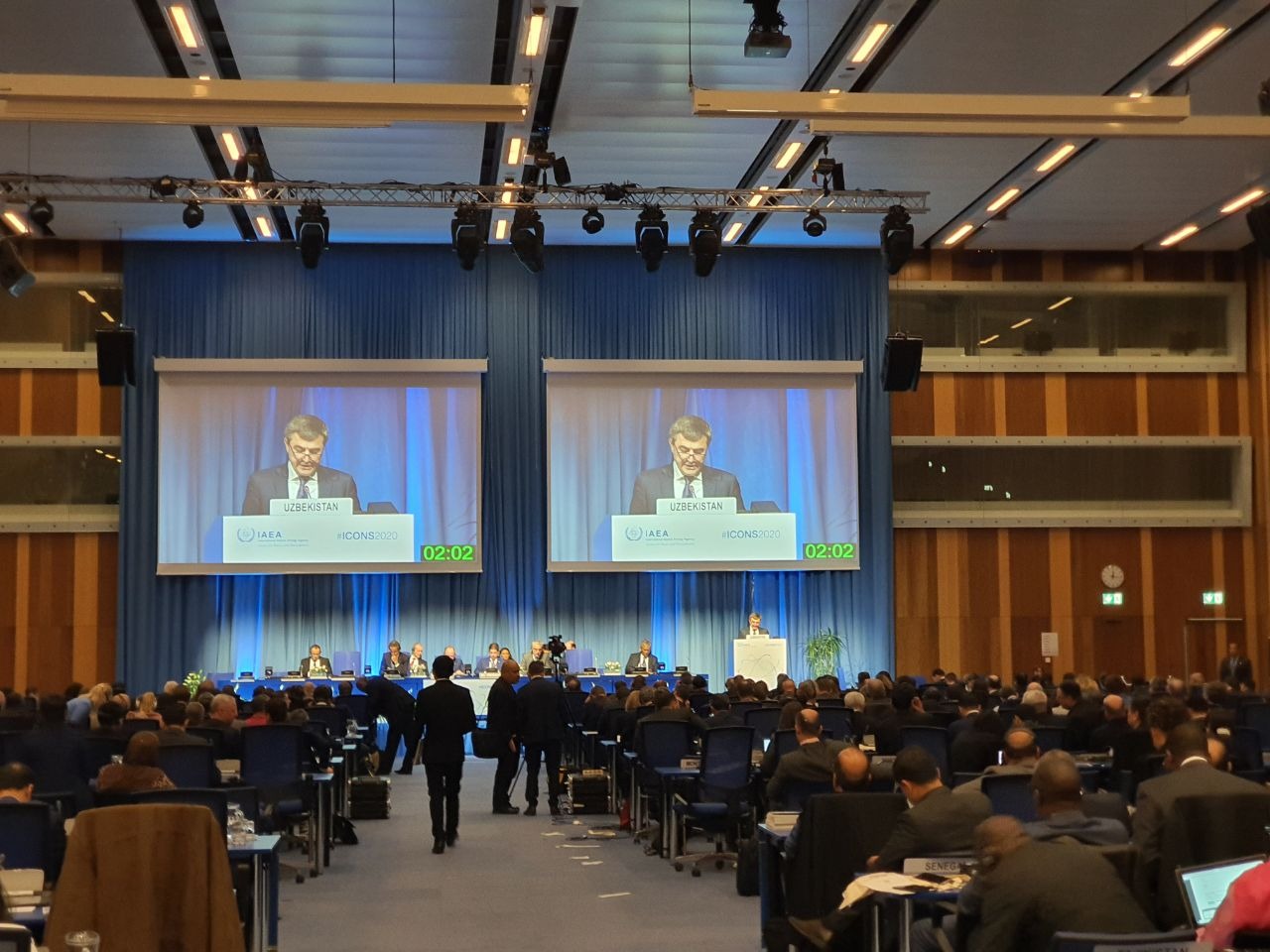 MINISTER OF ENERGY OF UZBEKISTAN ADDRESSES THE IAEA

Vienna conference hears Mr. Alisher Sultanov update on Uzbekistan’s nuclear progress Vienna – 10 February 2020 – At the third International Conference on ‘Nuclear Security - Sustaining and Strengthening Efforts’ organised by the International Atomic Energy Agency (‘IAEA’), the Minister of Energy for Uzbekistan, Mr. Alisher Sultanov, updated attendees on the continued development of nuclear energy in Uzbekistan.
The audience - which comprised ministers, policymakers, senior officials and nuclear security experts – heard the Minister talk about specific progress Uzbekistan is making and the country’s ongoing commitment to global nuclear safety.
Mr. Alisher Sultanov noted that a crucial aspect in developing nuclear infrastructure is the study of, and cooperation with, countries with both developed and developing nuclear capabilities. The Minister announced negotiations are underway to cooperate with regulators in the United States of America, the United Arab Emirates, Finland, the Republic of Belarus, and other countries. This cooperation builds on Uzbekistan’s ongoing dialogue with regulators in the Russian Federation.
Uzbekistan is also implementing international legal instruments in the field of nuclear safety and envisages the country’s near-term accession to the following conventions:
Reflecting Uzbekistan’s transparency, Mr. Sultanov also confirmed that - following the country’s formal request to the Integrated Nuclear Infrastructure Review (“INIR”) – a review of Uzbekistan’s progress towards nuclear power infrastructure will take place in October 2020. Uzbekistan is working towards a successful completion of this review. INIR is a holistic peer reviewer which assists IAEA member states.
The Minister also congratulated Mr. Rafael Grossi on his appointment as Director General of the IAEA and reiterated Uzbekistan’s commitment to ongoing technical cooperation with the IAEA. 2020 has already seen the first of 15 planned seminars with IAEA experts, held in Tashkent.
Mr. Sultanov also confirmed that work is underway to improve Uzbekistan’s regulatory framework covering radiation and nuclear safety, which will draw on IAEA best practice recommendations.
Other initiatives include adoption of a ‘Human Resources Development Strategy’ for Uzbekistan’s nuclear industry to embed a strict safety culture and ensure that its highly qualified personnel meet the requirements for the safe use of atomic energy.
Mr. Alisher Sultanov, Minister of Energy for Uzbekistan, said:
“It has been an honour to address the IAEA conference and congratulate Mr. Grossi on his new appointment. Uzbekistan is very busy developing its nuclear and regulatory infrastructure and we are proud to stand shoulder-to-shoulder with the IAEA both now and in the future, to ensure the safe development of our nuclear capabilities and the peaceful use of atomic energy worldwide.”